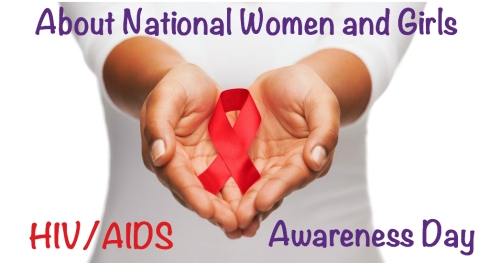 March 10th, 2018 is National Women and Girls HIV & AIDS Awareness Day. It was first observed 13 years ago to bring awareness to the impact of HIV on women and girls. Although, new HIV diagnoses among women and girls have been declining over a number of years, women are still vulnerable to contracting HIV. There are 1.1 million people living with HIV in the US and roughly a quarter of them are women. https://www.womenshealth.gov/nwghaad/about-national-women-and-girls-hivaids-awareness-day  It’s important for women to continue having  conversations about HIV because awareness does make a difference and can prevent women and girls from contracting HIV.

If I had been aware of my vulnerability to HIV, I probably would not be writing this blog. Before I was diagnosed with HIV in 2001,I didn’t know that HIV was a condition that women also contracted. I thought it was a disease that was exclusive to White gay men.  I didn’t know that heterosexual men and women were also getting HIV. As a school teacher and mother, who was engaged to be married again, I believed that I was as far removed from the world of HIV & AIDS, as one could get. I didn’t think it concerned me or my fiancé because we were both heterosexual and middle age. Fat chance that HIV would cross our paths, but I was sadly mistaken! I was unaware that being a divorced Black woman, back on the dating scene and going through menopause ,made me at risk for contracting HIV.  I had only heard myths about HIV and never thought it was necessary for me to seek the knowledge that I needed to be sexually safe. I wish that someone would have sat me down and made me listen to the truth. The truth is that anyone ,of any race, age or sexual orientation can contract HIV and, it doesn’t matter if you are in a long-term relationship or marriage. There are no safety nets. 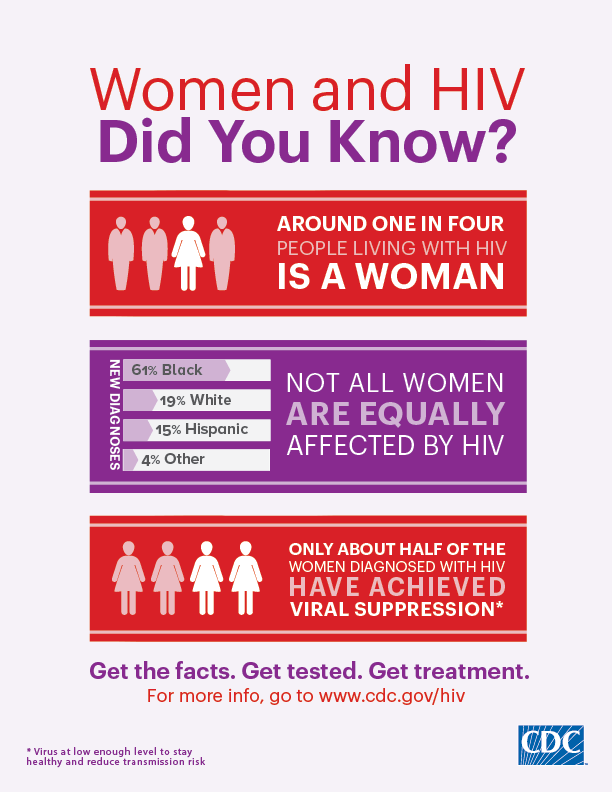 There are a number of factors that can make women more vulnerable to HIV, along with having condomless sex. Women usually contract HIV through vaginal sex. And untreated sexually transmitted infections and vaginal dryness for women in menopause, can create harmful conditions in the vagina that can increase the transmission of HIV.

Domestic violence is another factor that can make women and girls vulnerable to contracting HIV. A women dealing with an abusive partner may feel powerless, if the partner is engaging in sex outside of the relationship. She may be afraid to negotiate for safer sex practices or the use of female or male condoms, to prevent her from being exposed to HIV or other sexually transmitted diseases.
If you need help for violence or abuse, call the Domestic Violence Hotline at 1-800-799-SAFE (7233).

What can you do for National Women & Girls HIV and AIDS Awareness Day?
Please read:
What Every Girl Needs To Know About HIV
https://www.womenshealth.gov/nwghaad/every-girl
What Every Woman Needs To Know About HIV.
https://www.womenshealth.gov/nwghaad/every-woman
Share this information with the women and girls in your family and with your circle of friends.
Find a National Women & Girls HIV & AIDS Awareness Day event in your city to attend, like the one happening in Philadelphia on March 9th, 2018 . Take a friend along.

Use the hashtag #NWAGHAAD on social media 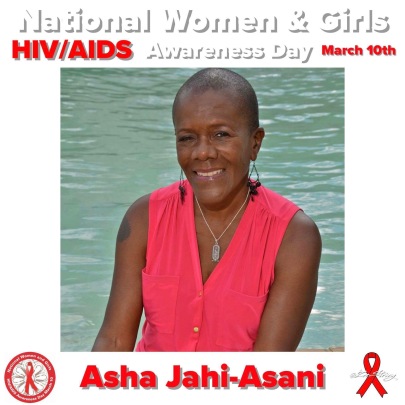 This site uses Akismet to reduce spam. Learn how your comment data is processed.

What is HIV-related Stigma?

HIV-related stigma is having fears, negative attitudes and prejudices about people who are living with HIV. People with HIV have been insulted, assaulted, rejected, criminalized, murdered, gossiped about and excluded from social institutions and activities. The negative impact of HIV stigma results in keeping people from getting tested and once a person has tested positive, stigma causes people to refuse or delay treatment or hide their HIV status because of fear. Myths and misinformation fuels HIV stigma and discrimination. Research and learn as much as you can about HIV. Even if you are not personally affected, remember what affects your community affects you. Spread the truth and not myths.